When it comes to British produced food, perhaps nothing is more traditionally British than fish and chips. Often associated with seaside resorts, you can enjoy it anywhere in the UK, and many Brits will tell you it only tastes good when wrapped in newspaper. The dish consists of a portion of fish, usually cod, and a side dish of chips, or French fries. However, British chips are usually thicker than the thin fries that many US fast food restaurants serve. Fish and chips originated in the UK in the mid 19th century, and the dish became popular with working class people. The importance of fish and chips to the British is such that it was one of the few foods that wasn’t rationed during the Second World War. Today, it’s still a staple of the British diet, and there are an estimated 10,000 ‘chippies’ across the UK. 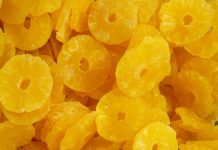 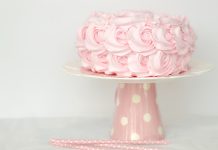 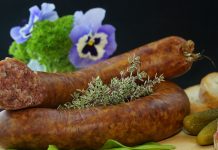 The British And Their Sausages