Women of different stature and ranks have served their country over the years. Female veterans are not as many as the male veterans and as such there have been measures put in place to ensure more females serve in the military. Here is an overview of female veterans.

The percentage of female veterans compared to male veterans is estimated to be 10% of the veteran’s population.

Female veterans are accorded very high respect in areas they come from. This is because women were not allowed in the military in the early days and after they were allowed not many of the women are always willing to join the military.

There are organizations that have been developed to cater and attend to the needs and requirements of female veterans such as women’s army corps.

Just like the male veterans, female veterans have held their countries flags so high and with pride. 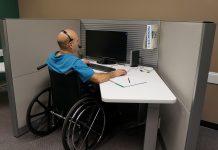 Is It Easy To Find Best Careers For Veterans